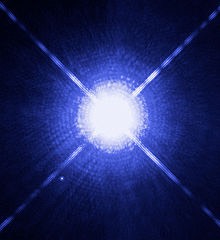 Binary star systems are very important in astrophysics because calculations of their orbits allow the masses of their component stars to be directly determined, which in turn allows other stellar parameters, such as radius and density, to be indirectly estimated. This also determines an empirical mass-luminosity relationship (MLR) from which the masses of single stars can be estimated.

Binary stars are often detected optically, in which case they are called visual binaries. Many visual binaries have long orbital periods of several centuries or millennia and therefore have orbits which are uncertain or poorly known. They may also be detected by indirect techniques, such as spectroscopy (spectroscopic binaries) or astrometry (astrometric binaries). If a binary star happens to orbit in a plane along our line of sight, its components will eclipse and transit each other; these pairs are called eclipsing binaries, or, as they are detected by their changes in brightness during eclipses and transits, photometric binaries. 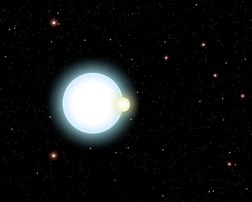 Learning Goals: Students will learn how the changing light from an eclipsing binary star system can reveal information about the individual stars and their orbits.

Suggested Observations: Time-delay series of images of a known eclipsing binary star system timed during subsequent minima (the dimmest point in the lightcurve) e.g.: AB And, BU Vul, XZ And