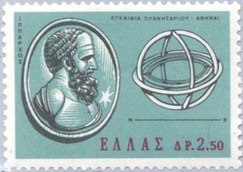 Photometry is the measurement of the flux or intensity of light from astronomical objects. Ancient astronomers measured the brightness of stars by ranking them by visual appearance. Sensitive electronics and computers now allow much higher precision, but we still use a magnitude scale similar to the one popularized by Ptolemy in his Almagest, which is generally believed to have originated with Hipparchus. The brightest stars were said to be of first magnitude (m = 1), while the faintest were of sixth magnitude (m = 6), the limit of human visual perception (without the aid of a telescope). Each grade of magnitude was considered twice the brightness of the following grade (a logarithmic scale).

Learning Goals: Students will learn how astronomers accurately measure the brightness of stars, as well as how the flux of a star through different colored filters can reveal its temperature. They will then use the brightness and temperature of stars to make inferences about their properties.

Suggested Observations: B, V image of an evolved open cluster such as M35, M36, NGC2169

Challenge: Your team will take images of an open cluster - a group of stars that formed together at roughly the same time. You will measure the apparent magnitude of several stars and calculate their surface temperature.