The Mass of Jupiter 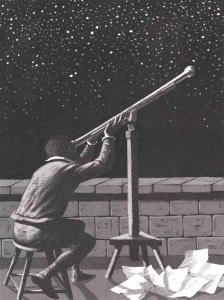 Jupiter holds a special place in astronomical history. In 1609, Galileo Galilei began using a telescope to study the sky. In 1610, his discovery of four moons clearly orbiting Jupiter sent shockwaves through the scientific community of the time. This was the first observation showing that bodies could orbit other bodies which were themselves clearly in motion.  This finding did not conform to the widely-held view that all heavenly bodies orbited the Earth, as Aristotle and Ptolemy believed.

Monitoring the moons nightly, Galileo was able to observe and record the periods of the orbits of the four Galilean moons with a small degree of error.  However, he was unable to determine the distance of the moons from Jupiter.  Using what we know about angular size and Kepler's Laws, how can we find the distance between Jupiter and its moons?

Johannes Kepler, using Tycho Brahe's observational data of Mars and its moons, was able to better distinguish the motion of orbiting bodies in his laws of planetary motion, but could not explain the reason.  Nearly eighty years later, Isaac Newton would apply his Laws of Motion and Law of Gravitation to the motion of planetary bodies and fully develop the equations of Kepler's Laws to include the mass of the orbiting bodies. 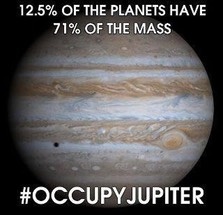 Learning Goals: The goal of this lab is for students to familiarize themselves with the software Starry Night Pro and to determine a procedure to calculate the mass of a planet using Kepler's Laws. The students must then apply that procedure to find the mass of Jupiter.

Suggested Observations: A number of short exposure images of Jupiter revealing the motion of its moons.

Challenge: You will use images of Jupiter and its moons to estimate the orbital information of one or more moons. With this result, you will determine the mass of Jupiter based on Kepler's Third Law of planetary motion.