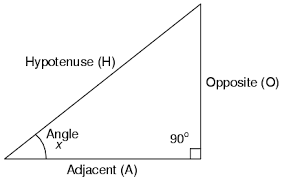 A triangle has three sides and three angles; if you know any three of these values for a right triangle - a triangle with a 90º angle in it, you can calculate the other three with the trigonometric identities for sinθ, cosθ, and tanθ. In this lab, we will focus on the tangent of an angle, which is abbreviated tanθ; its identity relates the length of the adjacent (or closest) side of a triangle with the opposite side (the side farthest away). This relationship is:

Pay attention to units; the default unit for angles on most calculators and online tools is radians. For general use, we often want degrees. This confusion can largely be avoided by either using Wolfram Alpha or even Google as your calculator and explicitly specifiying the type of units you're using. As an example, typing "tan(30 degrees)" in Google gives the result of ~0.6, while "tan(30)" gives a very different result because it simply defaults to assuming θ is in radians. 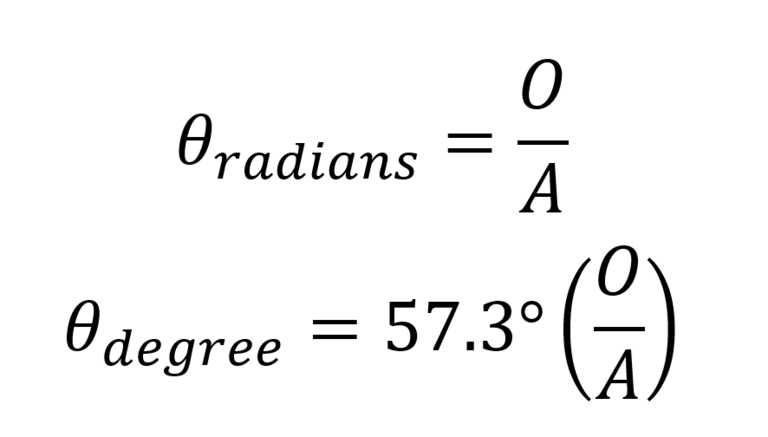 Even for the biggest objects in the Universe, the distance to them is much much greater than 5 times their size, so the small angle formula applies. When measuring an astronomical object, its physical size forms the opposite side of the triangle. The distance to the object forms the adjacent side, and the object's angular size is given by θ. We are often able to measure the angular size of the object θ and the distance A to the object (via parallax, redshift, etc.) Thus, we can calculate how physically large celestial objects are via the tangent relationship and the Small Angle Approximation, despite their being lightyears away!

In the questions for this part of the lab, utilze the picture of the building provided below. 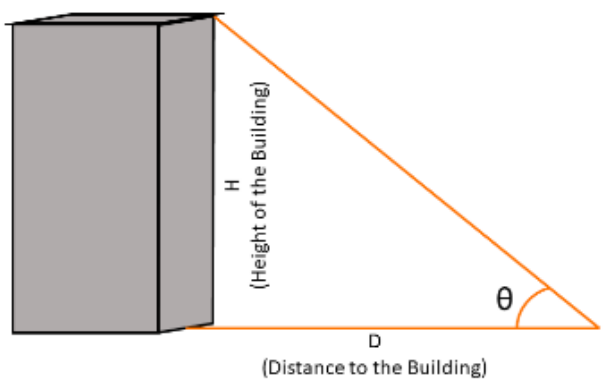